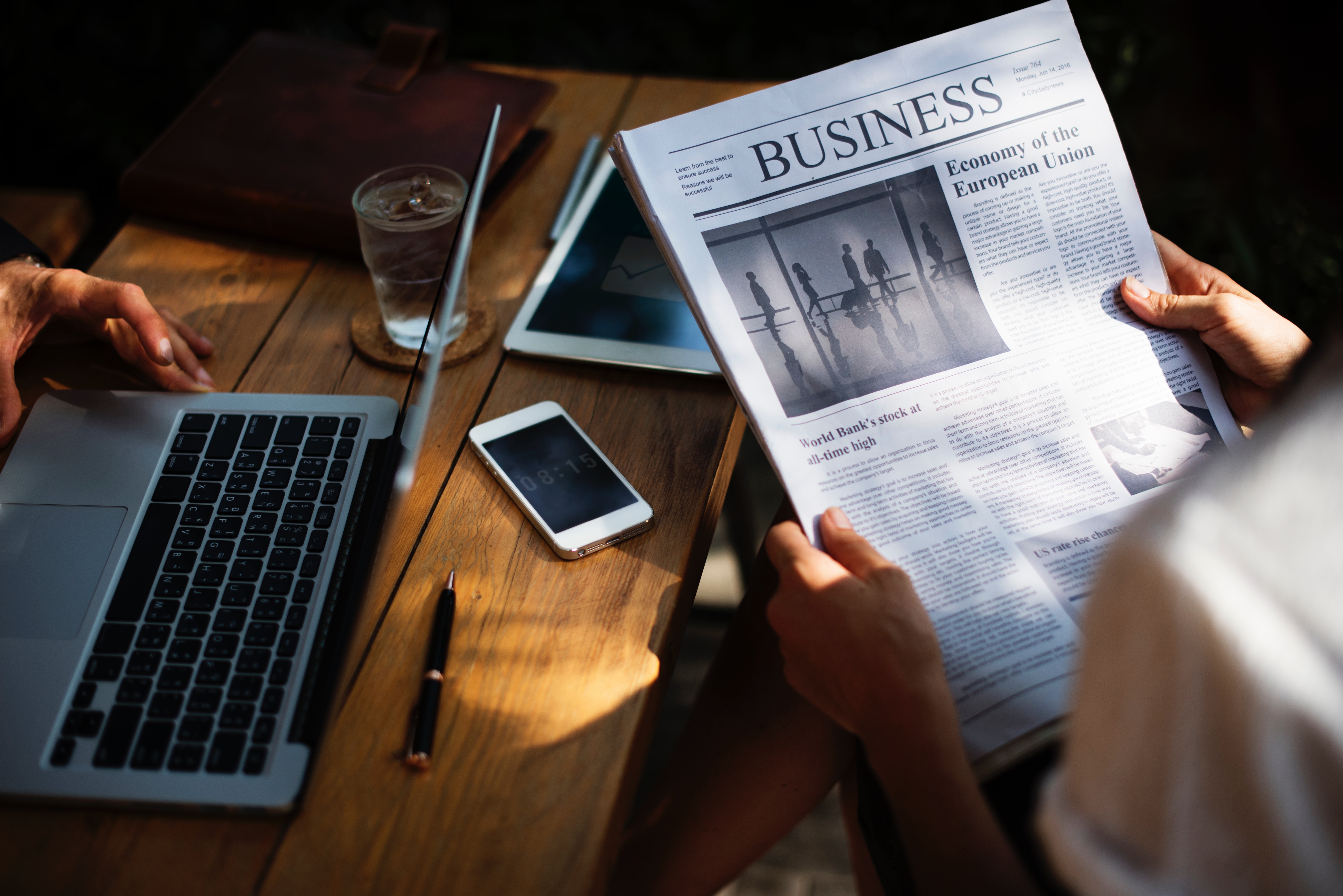 In our last blog entry we discussed limited liability companies, with an emphasis on the ease of use that many small businesses find appealing. Yet there are circumstances where a company may value structure and accountability over functional agility – consider a business that is eying entry into the heavily-regulated stock market, or one where the owners undertake the venture at arm’s length, looking to grow their investment rather than nurture a passion project with a familiar team.

The corporate business form trades flexibility for regimen. As the owner of a corporation, you will give up control; you might give up tax benefits; you will become accountable to outside agencies. What you gain for these drawbacks is regulatory parity, and thereby access to the open market and public capital. The trade-off is significant, however, meaning that the traditional corporate form is meant for businesses with a specific growth strategy in mind. If slow and steady is your game plan – and for a new business, that’s usually the best policy – you have the option to form a business entity more conducive to your operation style, or to keep your corporation private or “closed.”

Our discussion will focus largely on C Corporations, which are the traditional corporate entities, and public corporations in particular. (For a note on public vs. closed corporations, which is the starting point for all incorporation, read the note towards the end of this post.) It bears briefly mentioning other corporate forms, however. These include:

The S Corporation. No, the lack of bullet point is not an accident. I want to bring special attention to the fact that what is commonly referred to as an “S Corporation” is not an independent legal form. Its formal name, the “Subchapter S Election,” comes from (surprise) Subchapter S of the Internal Revenue Code. The S Election can be made by a C Corporation or an LLC to take on a specific federal tax classification which can return some lost tax benefits to a corporation and reunite the otherwise-severed ownership and management of a traditional corporation (more on that below). We will cover the S Election in a forthcoming post.

Every individual occupying a leadership role in business must have accountability, morally and legally. While trust plays a big role in fostering moral accountability, the law can only speak to those aspects that are binding-in-fact. Directors and officers of a C Corp all have the following duties to the corporation and its shareholders:

Corporate fiduciary duties are more involved than their LLC equivalents, and the directors subject to these duties are more closely scrutinized. Furthermore, shareholders are given the power to initiate a derivative lawsuit against a potentially breaching director, essentially suing on behalf of the corporation. Derivative suits are the “teeth” behind corporate fiduciary duties, and they can be very effective.

When a corporation is “public” or “publicly traded,” some portion of its equity is registered and listed on a national or international stock exchange for public sale. In the United States, the New York Stock Exchange (NYSE) and NASDAQ are national stock markets. In addition, there are dozens of foreign exchanges. It’s common for countries to recognize the publicly traded legal entities of other countries, which is another auxiliary benefit of the C Corp. In contrast, many other U.S. business forms, including the LLC, are not internationally recognized.

Corporations meeting federal regulatory requirements and observing corporate formalities can make an initial public offering or “IPO.” Public trading is essentially crowdsourcing capital investment: instead of a small number of investors making large equity investments, hundreds, thousands, or millions of individuals can now partake in that same piece of equity. This makes a large round of capital-raising much more palatable and provides a vehicle for companies to scale more quickly.

Public markets inevitably set the value of a good or service being offered. Starbucks, McDonald’s, and Dunkin’ Donuts all vie for your coffee patronage, which they gain or lose based on a combination of price, quality, and overall customer experience. These same companies’ stocks are traded on a supply-demand curve that works on the same premise: how good is the company at what it does; is it keeping its customers engaged; and is that engagement translating to profit?

To put it simply: public markets are a direct reflection of public demand for a given company’s shares of ownership. No private valuation, even by the most capable accounting team, can comprehensively model the market. Stock price points are, after all, an aggregate of many, many valuations.

And because the value is agreed upon (within the range of calls and puts, at least), transactions can be relatively straightforward compared to transfers of ownership under other business forms.

Where the LLC wins in operational flexibility, the corporation wins when it comes to ownership flexibility. LLCs can have only one type of ownership interest; corporations can have many. And each stock class can be very specific in terms of dividends, payment priority, voting rights, and so forth. The class customization gives corporations a unique tool to attract different types of investors and tap into different investment pools.

Limited liability is perhaps the most important attribute that a corporation shares with an LLC, and it remains an important attractor for both business formations. The concept is the same in either case: the veil of limited liability protects owners from financial exposure of any assets above and beyond their investment in the company. Should debts become due or liability be incurred, creditors and claimants – generally speaking – cannot reach beyond the business entity to the owners, personally.

The exception to this general rule is called “piercing the veil.” Piercing is a mechanism by which limited liability status can be legally disregarded and the personal assets of certain owners become vulnerable. Business formalities are a gatekeeping tool to prevent impermissible operation – and a company that disregards those formalities goes a long way in helping a claimant or creditor pierce the veil.

For a corporation, these formalities are far stricter than in an LLC. Rightfully so, considering the company’s outside accountability to investors and markets. More on formality comparisons in our formalities checklist article.

Much of what we have talked about as a corporate benefit has correlated drawbacks. Accountability may give shareholders peace of mind, but those accountable directors are held to an increasingly high standard of formalities. This can divert focus from big-picture operations in favor of procedural adherence. It can also engender a corporate culture of self-preservation.

It’s also much easier to fall short of the formalities standards, and when a company does fall short it can lose limited liability status and expose the responsible director(s) financially. Because of the dangers, a corporation that is not impeccably well-run will have trouble attracting C-level talent. Yet, becoming fully compliant requires substantial infrastructure and therefore substantial resources…

Formalities run the gamut from tax codes to employment regulations. A full annual accounting of the corporation’s finances is required. Unless you have a talented expert on staff, you’ll need to hire consulting – not just legal, but financial as well. Human resources will need to be set up. Et cetera, et cetera.

Compliance demands expertise. The body of regulatory law is too thick and complex to learn as you go. This is where much of a corporation’s resources must be devoted in order to realize corporate benefits like limited liability and public investment opportunities. When you ask yourself if the benefits are worth the costs of incorporating, the question is always financial to some extent.

Separation of Ownership and Management

In business association law, the “entity theory” states that a registered company is a separate legal entity from those individuals who own it. This concept finds precedent in cases like the (in)famous Citizens United v. Federal Election Commission and its progenitors. It is one of the justifications for concepts like limited liability. But in corporate law, the concept is taken to the extreme: a separation of ownership and management.

Those employed by the company owe duties first and foremost to the company itself, not to the shareholders (though they may very well live and die by shareholder approval). It’s an imperfect concept, but one that plays out to prevent high-level management from obtaining ownership interest while in that management position, all under the pretext of preventing divided loyalties. We can imagine a scenario where shareholder priorities (e.g. dividends) might clash with corporate priorities (e.g. capital infusion for growth). In this light, the restriction seems more practical and less draconian.

This restriction also helps upper management from running afoul of insider trading laws, which prevent public based on knowledge of a company that is not publicly available. Hopefully you can see how such knowledge would break an otherwise self-balancing system.

What this means for incorporators, however, is that they cannot have a hand at management unless they cede their ownership (and vice versa for corporate employees from the directors down). When you form a public corporation, you really put the company in someone else’s hands, and without clear instruction and an abundance of trust it can become extremely difficult to develop the business according to your vision.

A Note On Closed vs. Public Corporations

A publicly traded corporation is often the end-game, occurring at the mid-to-late stage of a successful business’s first lifecycle. Before a corporation “goes public,” it is often referred to as a “closed” or “closely held” corporation. The only technical difference between a closed and public corporation is that a public corporation lists its shares on a public exchange while a closed corporation does not. In truth, these two corporate denominations are not actually separate forms or structures – they are more accurately regarded as different phases of the same entity.

Functionally, however, there are a handful of notable differences. First, because closed corporations do not trade publicly, there is no established market for ownership and therefore no easy course for valuation.

Second, the management-ownership separation requirements are inapplicable. This is a pragmatic distinction: with no insider trading concerns and no public investors, the danger of divided loyalties cannot support the financial burden of hiring out a management group so early on when ownership and management are so closely connected. So, private owners in a closely held corporation can have their company and grow it, too.

Third, those formidable formalities are pared back to a large extent (though still not on par with LLCs). Securities laws don’t apply to closed corporations, so accountability doesn’t reach as far as the public. Formalities, then, are reined in to be commensurate with the breadth of accountability. Practically speaking, closed corporations are also oftentimes startups, to be placed in the same sphere as mom-and-pop LLCs. The only difference may be the long-term goal. It would be prohibitive to impose such costly gatekeeping requirements on these businesses.

In this way, a closed corporation actually looks a lot like an LLC. The similarities are intentional, crafted to be a manageable middle ground for companies starting small but having an aggressive outlook. Yet, closed corporations are not as forgiving – they are tailored to transition into a public offering.

Keep these distinctions in mind if and when you choose to incorporate. As always, the best strategy is an informed one.

Look out for our formalities checklist and S Corp article, both of which are on deck.

And thanks for your continued interest in Daniel Ross & Associates. Let’s continue the discussion in the comments.